President Abdel Fattah al-Sisi and the EU Climate Action and Energy Commissioner Miguel Arias Canete discussed issues of the environment, climate change, the volume of development in the electricity sector, and the mechanisms of intensifying cooperation between Egypt and the European Union on Tuesday.

Minister of Petroleum Tariq al-Mulla and the European Union Ambassador in Cairo attended the meeting.

Sisi stressed that the government has adopted a comprehensive and ambitious strategy to develop the electricity system in full, which qualifies it to become a bridge for the transfer of electricity between the countries of the region and EU countries in the framework of the projects of electric linkage.

Sisi said that Egypt was one of the first countries that expressed their willingness to cooperate with neighboring countries in the field of gas, in light of its established infrastructure of liquefaction plants, ports and gas pipeline networks, supported by distinguished political relations with the various countries of the region, as well as enjoying political and security stability stemming from a strong popular will.

Sisi expressed Egypt’s appreciation for the existing cooperation with the EU in several fields, and the importance it attaches to its strategic relationship with the EU and its aspiration to cooperate with it in the field of energy.

“I hope this visit will herald a new phase of closer and more intense relations amongst us. Egypt can lead the way of the clean energy transition in the Eastern Mediterranean and thus contribute to the Paris climate goals and the worldwide de-carbonizsation effort,” Canete said.

Likewise, Egypt is becoming an upcoming important gas and electricity hub that can help provide energy security for the EU and for the entire region, he said, adding that there is much to gain in terms of access to new sources of energy and market opportunities, for European and Egyptian citizens and businesses alike.

He added that the EU stands ready to support Egypt in its energy market reforms and to boost sustainable energy investment. 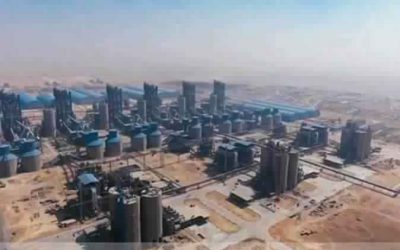 President Abdel Fattah al-Sisi will inaugurate within days the Middle East’s largest cement pant, opening in the Beni Suef governorate on the Eastern Desert Road. The Armed Forces Engineering Authority began to make the finishing touches to the opening of … END_OF_DOCUMENT_TOKEN_TO_BE_REPLACED

Alexandria Governor Mohammed Sultan announced on Friday that a property located on Al-Quds Street inside the Alexandria district of ​​Mustafa Kamel collapsed after it was in dire need of comprehensive restoration. In media statements to local newspapers, Sultan explained that … END_OF_DOCUMENT_TOKEN_TO_BE_REPLACED 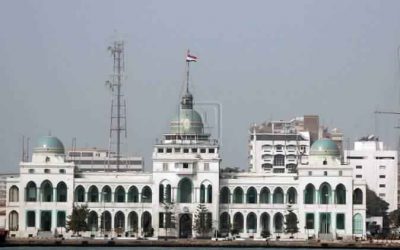 Egypt’S Culture Minister Enas Abdel Dayem and her French counterpart Françoise Nyssen opened the exhibition “Suez Canal epic: From the pharaohs to the 21st century,” organized by the Arab World Institute in Paris. The exhibition is celebrating 150 years since … END_OF_DOCUMENT_TOKEN_TO_BE_REPLACED 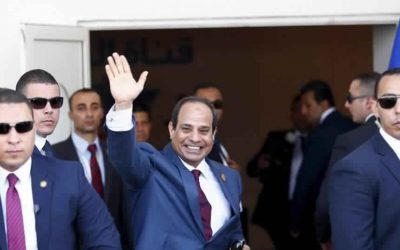 President Abdel Fattah al-Sisi thanked the Egyptian people in a speech after he was officially re-elected as president of the republic for a second four-year-term on Monday. “The great homeland deserves our effort to instil hope and make a brighter … END_OF_DOCUMENT_TOKEN_TO_BE_REPLACED

Egypt’s administrative court banned on Tuesday taxi-hailing services Uber and Careem from operating in the country. The case against the two companies was filed by a group of traditional taxi drivers in February 2017 who accused the services of breaking … END_OF_DOCUMENT_TOKEN_TO_BE_REPLACED

Egypt’s President Abdel-Fattah El-Sisi called on Monday for Egyptians to participate in the presidential elections next week, asking them to “make Egypt’s voice heard.” In a speech during festivities held on Egyptian Family Day, El-Sisi described the participation of citizens would … END_OF_DOCUMENT_TOKEN_TO_BE_REPLACED A non-commissioned police officer killed on Tuesday an employee in the consumer association of Monufiya governorate after a disagreement erupted between them on irrigation of agricultural land, in the city of Berket al-Sabae. Chief of Monufiya Security Directorate Ahmed Osman … END_OF_DOCUMENT_TOKEN_TO_BE_REPLACED 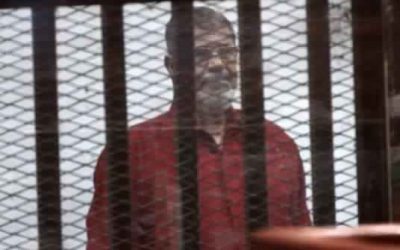 EgyptAir denied news reports about a snake allegedly being on board one of its passenger planes heading from Cairo to Kuwait on Saturday, according to a statement released by the company. In the Saturday statement, the company denounced the reports … END_OF_DOCUMENT_TOKEN_TO_BE_REPLACED